Honestly, pom poms and balloons are the perfect combination. They’re both irresistably fun, cute and quirky. Boom perfect match! So it didn’t take long for me to think about putting pom poms on and inside balloons. The result? The ultimate hybrid of fun, cute, and quirky. And with valentines day coming up, just use balloons and pom poms in pinks, whites and reds and you’ve instantly have adorable valentines decorations. 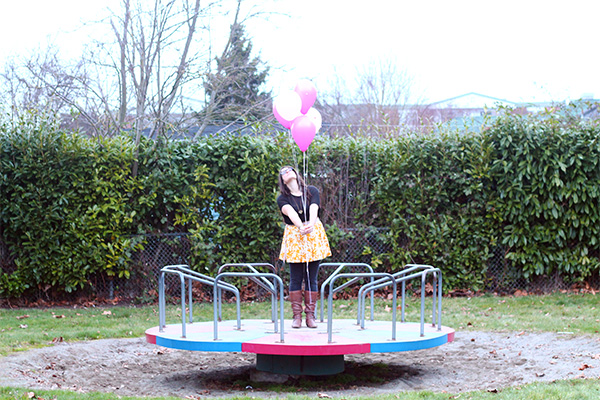 There’s two different ways to make pom pom balloons. You can either stick the pom poms onto the outside of the balloon (the outie) or put them inside the balloon before blowing them up (the innie). The innie works best if you have clear balloons so you can see what’s inside.
Let’s get to it! 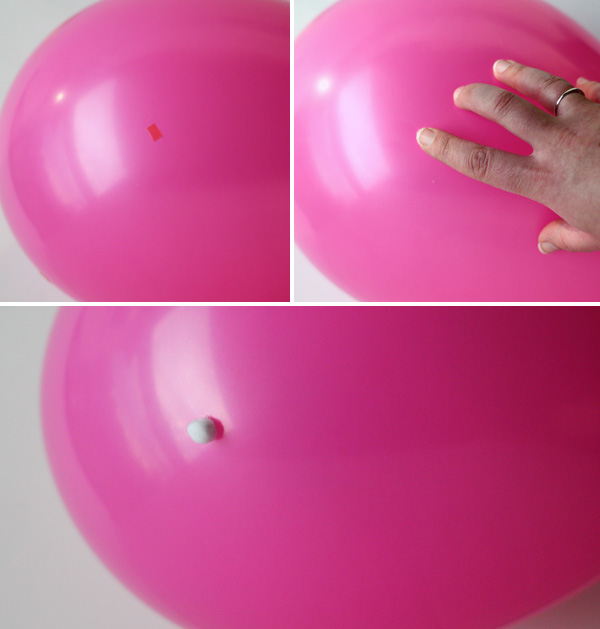 The Outie: Apply a small piece of double sided tape onto your helium filled balloon. Remove the backing then gently press a pom pom onto the tape to adhere them together. Repeat all over the balloon. Tie balloons off with a long string of twine.
Note: Be careful not to add too many pom poms. You can add more than I did, but you don’t want too many as the weight of the pom poms will make the balloons stop floating. Take your balloons to the park
or give them to a bear,
ride them down the slide,
just take them anywhere! 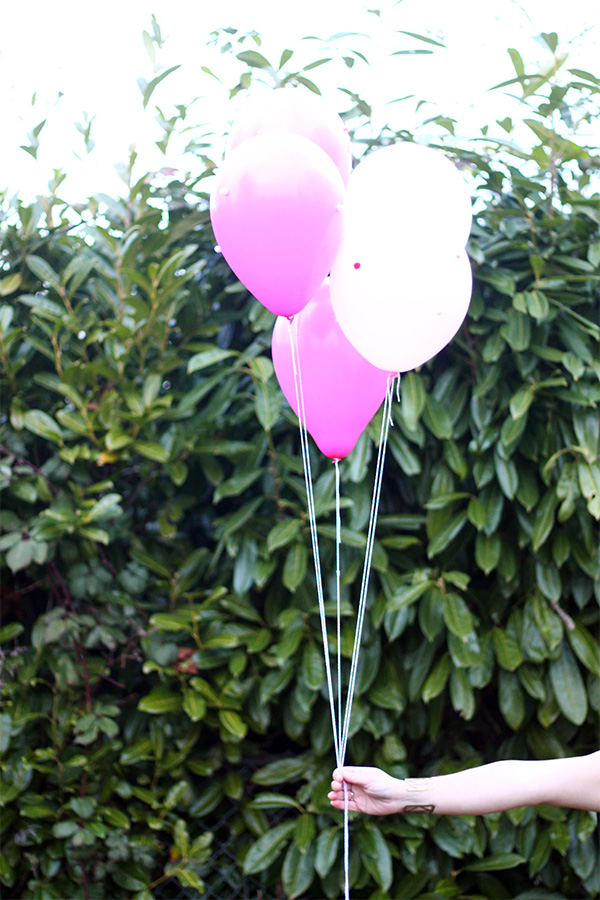 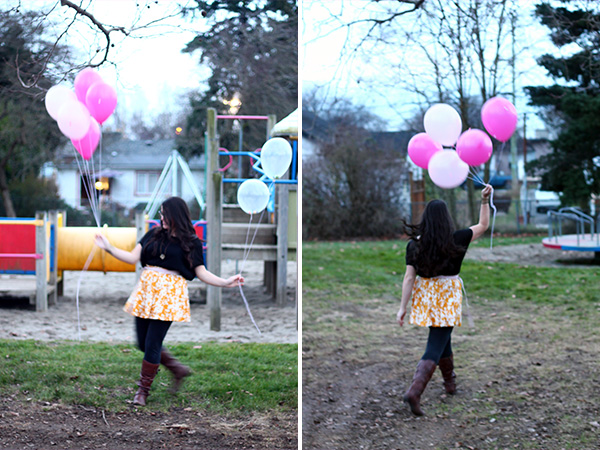